I finished taking the spindle apart by pressing the support bearings and drive spigot out of the stepped pulley and removing this from the drill head. The bearings at the top are a little worn, but then they've probably been in there since the drill was made and so Lee is grabbing me some new ones of those. They should be here in a few days. 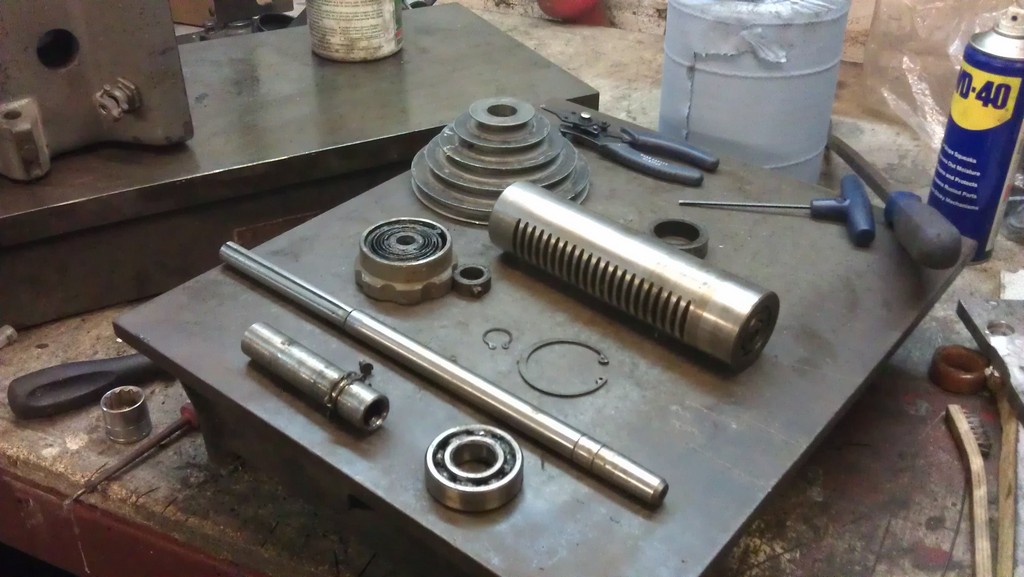 BTW, this drill head has a double bearing top and bottom! Very posh! At least it should be able to cope with the side loadings of milling easily. I suspect much easier than the Denford Orac will cope anyway. The only concern will be the quill which obviously just slides up and down in the casting. Although it is a very good fit, in mill head terms this is going to make it poor for high torque cuts. So speed and light cuts is the way we'll have to do. That suits the Denford Orac's lathe bed anyway.

This is meant to be a quick project to get some CNC milling capability anyway. From there I can always use this milling set-up to make a much better high speed milling spindle.

I also thought, as I turned on the lathe and it blew a fuse that I should probably get on and sort the electronics out once and for all. TBH I don't need the electrical cabinet on the bottom of the lathe at all, so that might as well go and instead I can just bolt it straight to the table that the mill head will be attached too aswell. That should aid the rigidity of the setup too. 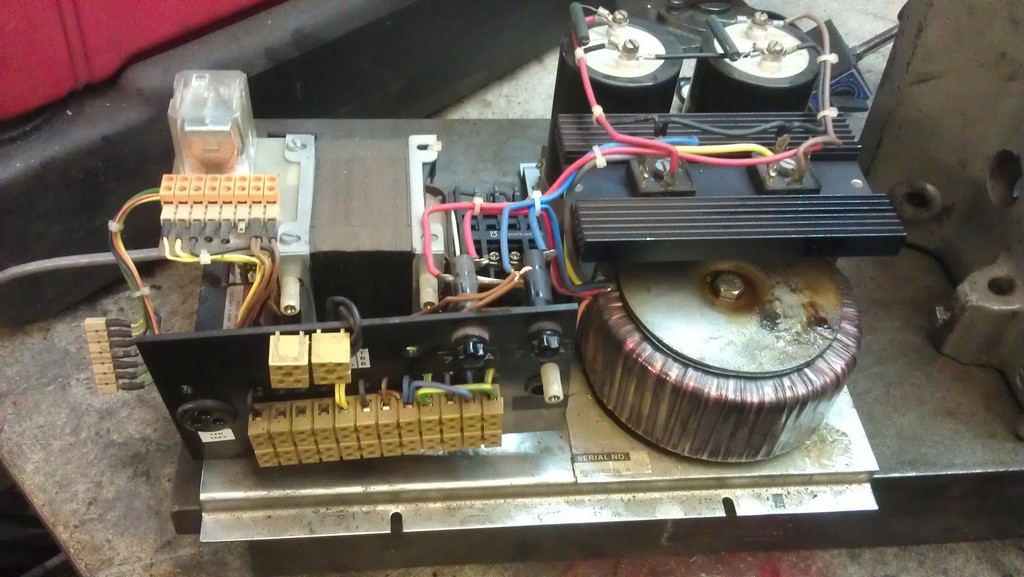