The ER16 collet set arrived, but I didn't get much chance to do anything with it at the weekend: 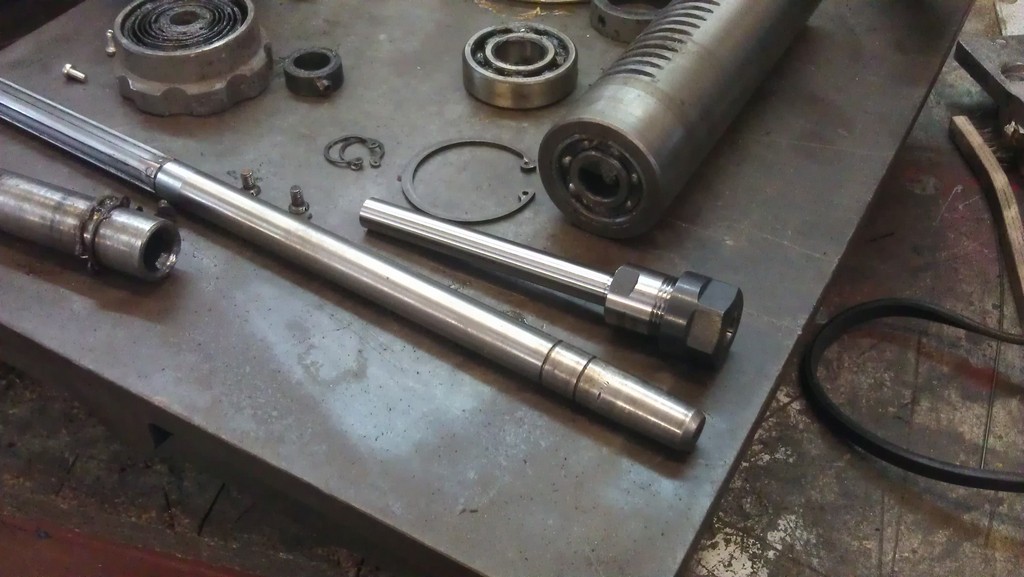 I also got a lathe steady which fits pretty well, but will need a spacer block under it. So I'll have to make something for it to fit on when the lathe is up and running again. Mike at work also had some poly-v pulleys around which he was going to use on another project but never did, so I've put them up the garage in case that is something that'd be useful. I'm not sure whether the belt width is going to be up to the job or not. But it not, I can always go single-V. It'd be nice to run step pulleys though to get different speed ranges at maximum motor torque. 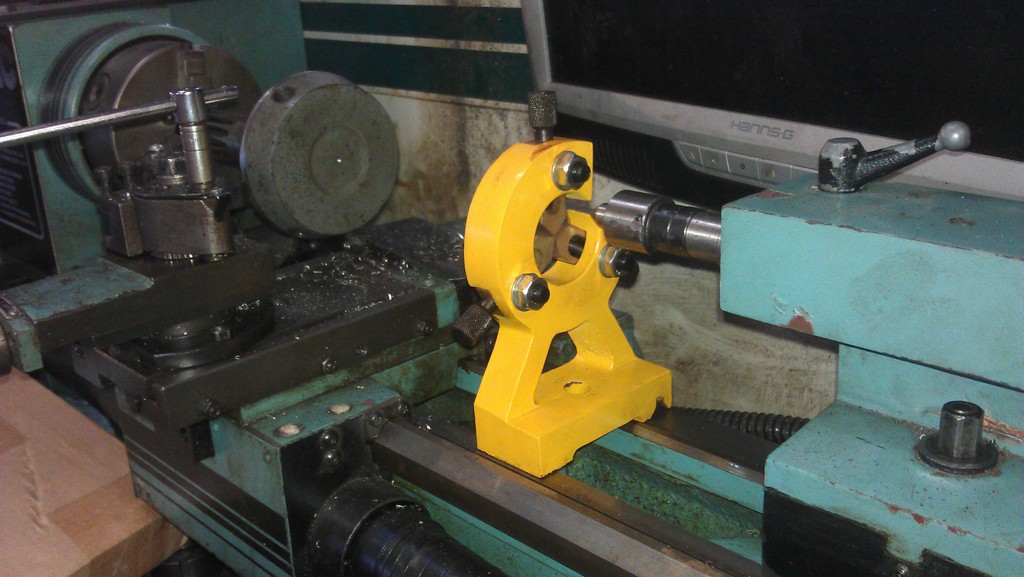 The lathe itself is entirely independent of the electrical cabinet and is only attached by a few screws and bolts. A bit of awkward fiddling and the lathe is free of its original mountings and I'll be able to mount it directly to the trolley which will hold the lathe and drill/mill head. 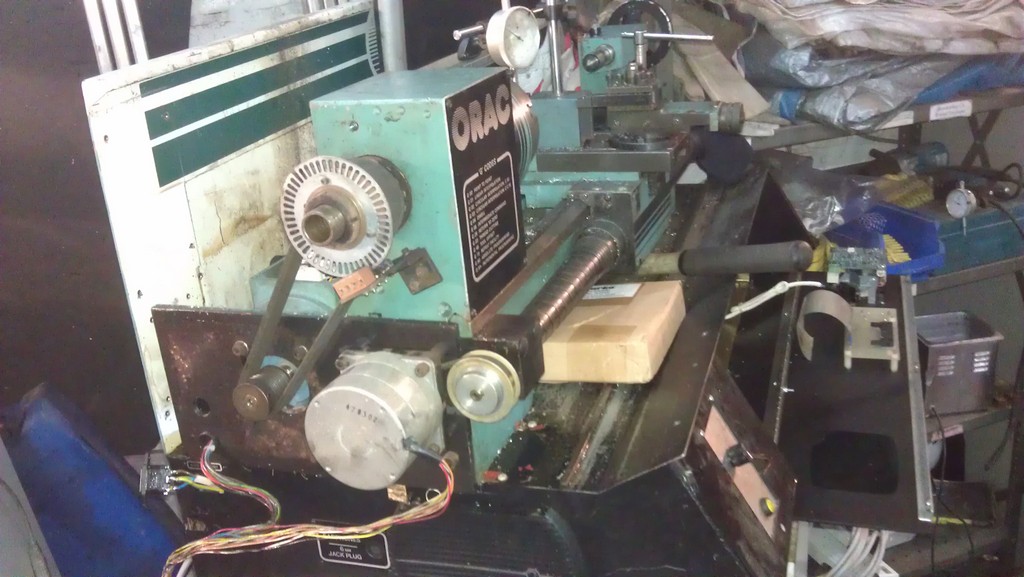