I managed to do some on the Denford Orac last night by ditching the electrical cabinet and associated gubbins and  tested the mill head over the lathe bed. The result is not too bad, although it would be nicer for the drill head spindle centre to be closer to the centre of the cross-slide bed.

I took the chuck off so that I could measure up the spindle nose. There is an MT3 taper in the nose, along with a 3 bolt 60mm PCD mounting face which has an external taper register. The taper appears to measure 40mm to 41mm. I didn't manage to measure the angle of taper on the tapered register.

So next up is to get the lathe working again so that I can modify the drill's spindle. Then rebuild the spindle with new bearings and modify the quill lever to be operated by a stepper motor instead. Once that's all done it should be a working milling/lathe combo! :D 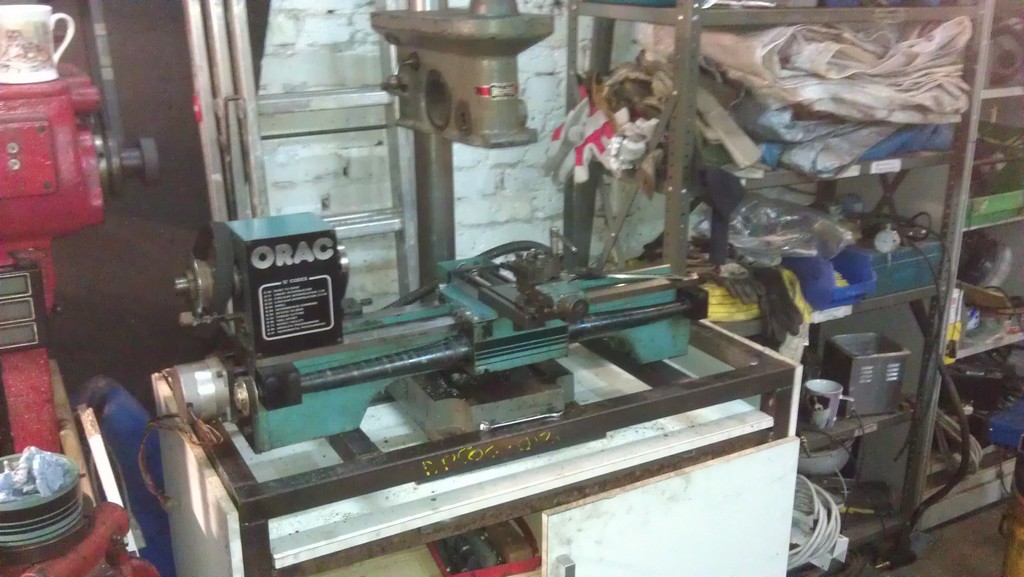 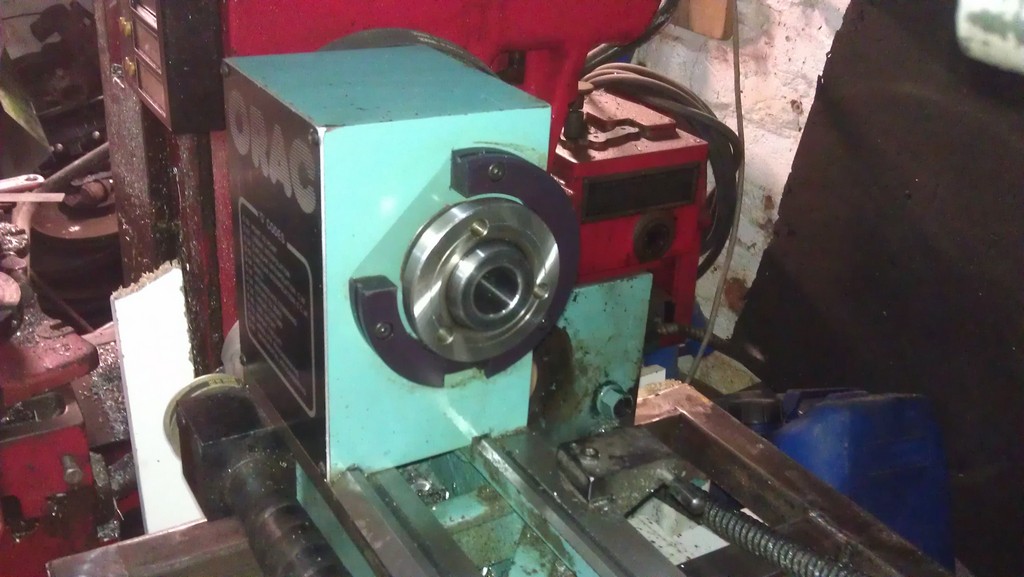 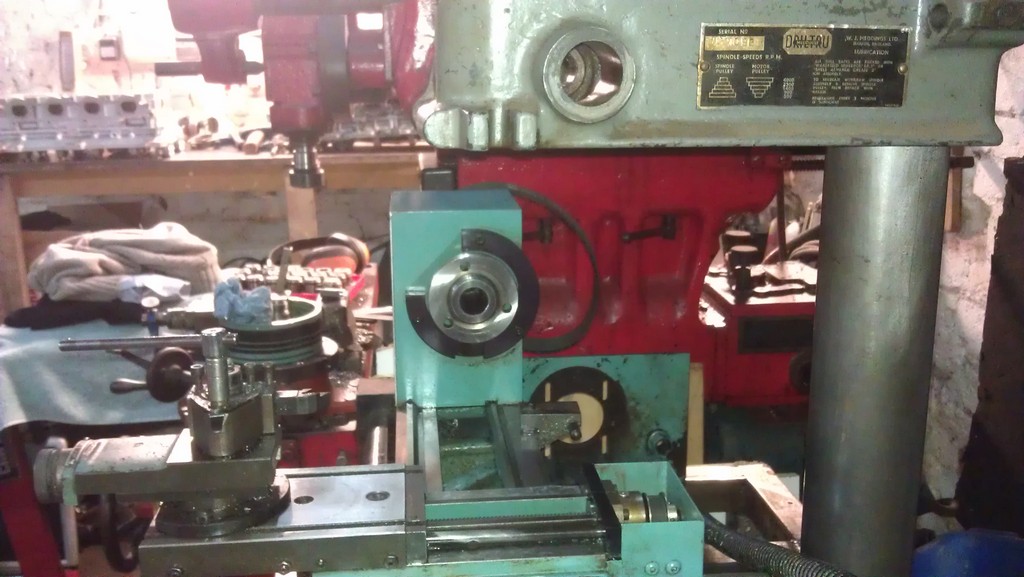 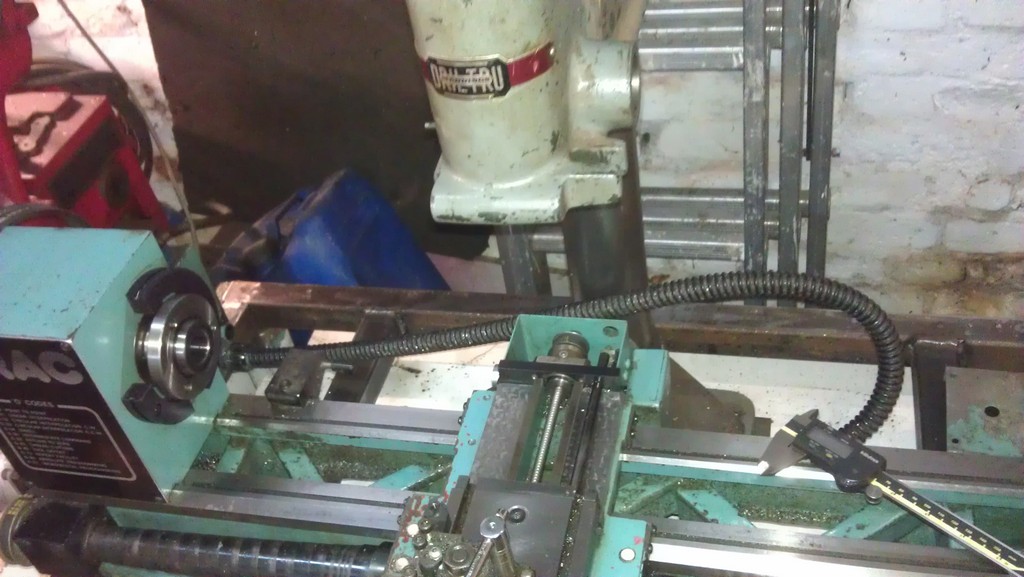