So this page provides as much information as I can find on the AN / JIC / SAE37′ hydraulic fitting system.

Originally, everybody had their own system for hydraulic couplings, a lot were similar, but not compatible with each other causing confusion and a parts nightmare. So finally the military got involved and created the AN (Army-Navy) connector standard. The AN standard defines tight tolerances and defines every type of fitting (and adaptor) available.

Then JIC (The Joint Industry Council) came along and use the AN standard as a basis for their own standard. They essentially just ratified the parts to reduce the part count. The tolerances allowed are more lenient for JIC fittings too, compared to AN fittings.

The terms AN and JIC are used interchangeably in aftermarket automotive hydraulic systems. Mainly the system is used for fuel and oil systems. Occasionally it is also used for coolant systems, but it is pretty rare. What we’re after in reality are AN fittings, because they offer the best dimensional tolerances, and sealing surface finishes. Not all fittings that look the same, are the same!

Generally the fittings in motorsport are compatible with the AN / JIC standards, but rarely do you see anyone claiming they sell AN or JIC fittings, in fact they normally say that they sell “re-usable fittings”

Aeroquip are one of the biggest suppliers of these type of fittings to the motorsport industry. They are sold by quite a few people. Think Automotive in London sell the majority of the Aeroquip range.

The construction of an Aeroquip fitting is shown in the dissected photo below: 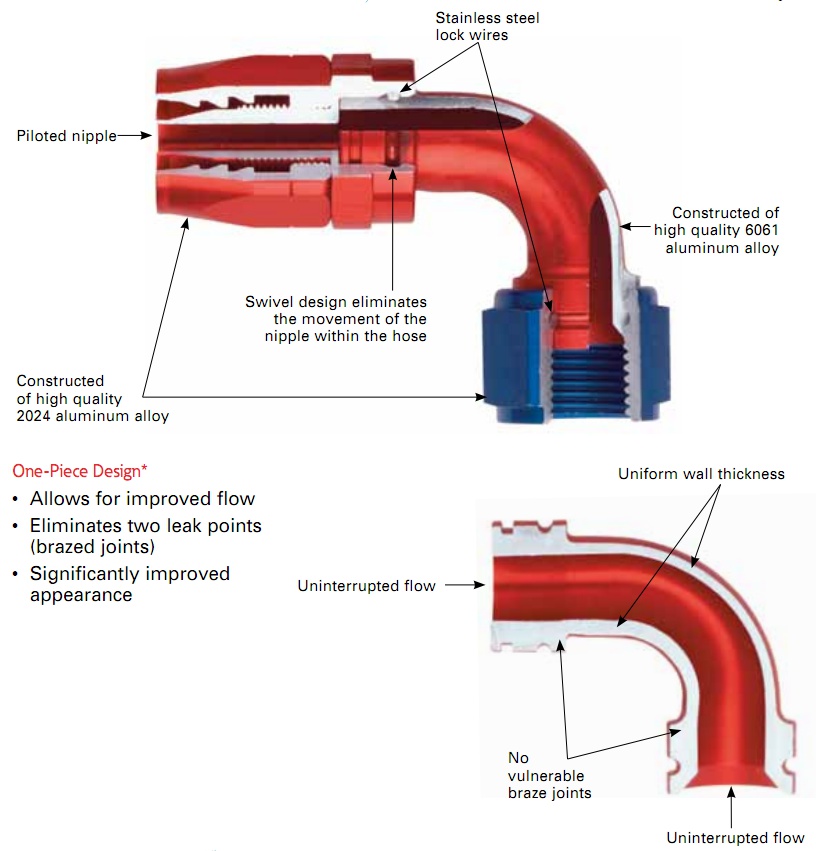 AN sizes are shown as a size number prefixed with a hyphen, so a -10 fitting would be called a “Dash 10″ AN fitting.

The JIC/AN threads are a UNJF profile. The UNJF profile is a modified UNF profile. UNJ specifies a minimum and maximum root radius for the thread to increase strength. If you are wanting to make a JIC/AN fitting on your lathe, you can normally do so using standard 60° thread cutting tools.

If you are thinking of making your own JIC/AN fittings, you can use the dimensions in the diagram below. The original source of the dimensions can be downloaded here 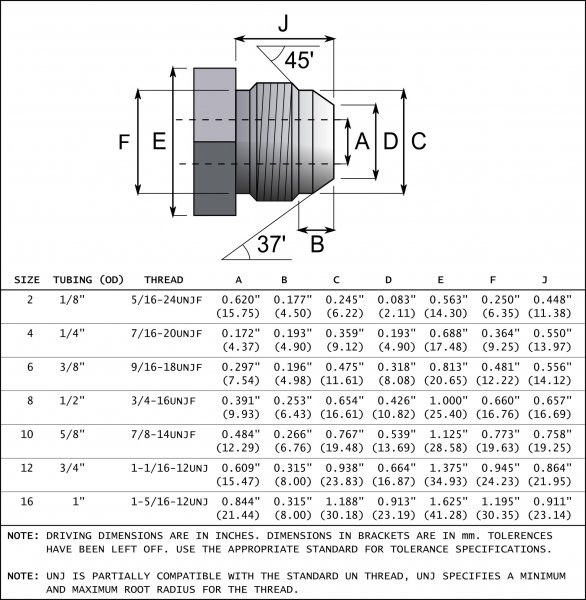