So, now that the moaning is out of the way, I am busy (well sort of busy! lol ) with pressing ahead with the car.

I am sorting out the rust that I have found after removing the carpets, etc. The passenger side jacking point needs a totally new jacking point welding in, I have cut out all the rust, and I have started to cut up some bar + sheet metal to weld back in. 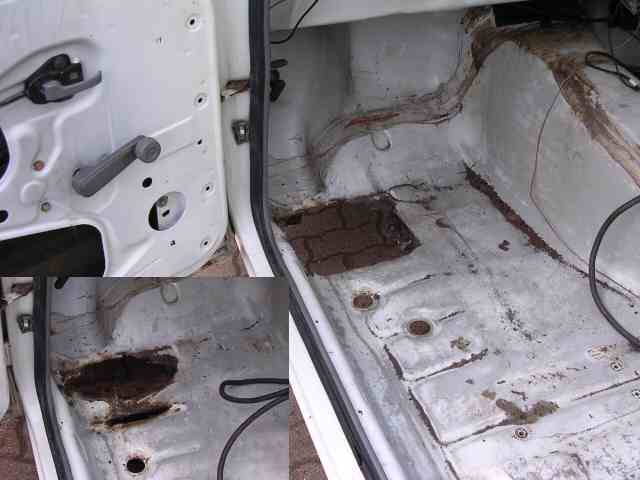 I have also started to remove the seam sealer. The use of a wire brush on an angle grinder makes light work of most of the seam sealer. There's only a few bits I can't get to, and I think another, more pointy brush in a drill will get to those bits.

The seam sealer hides all sorts of nasties, and I'd rather just see what is there. Plus if there are seams that I want to seam weld, then Cleaning them up first is essential, and I will be able to spot any stressed or cracked parts easily without the seam sealer hiding it all. Theres quite a lot of seam sealer all over the car though! lol.

These are the brakes that I am fitting onto the front of the manta. The rear remains as std drums at the moment. 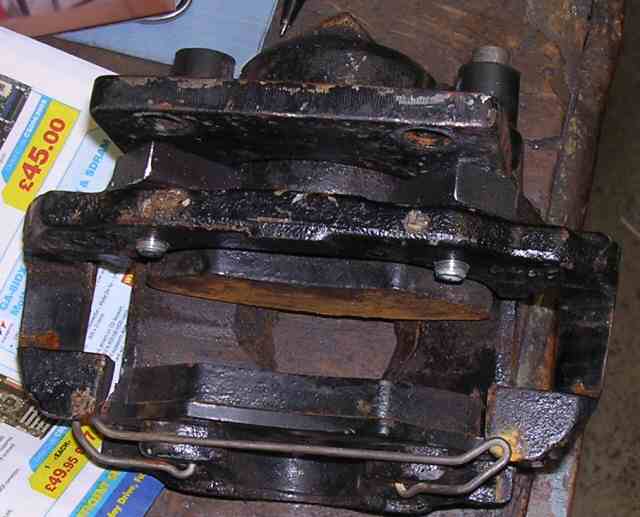 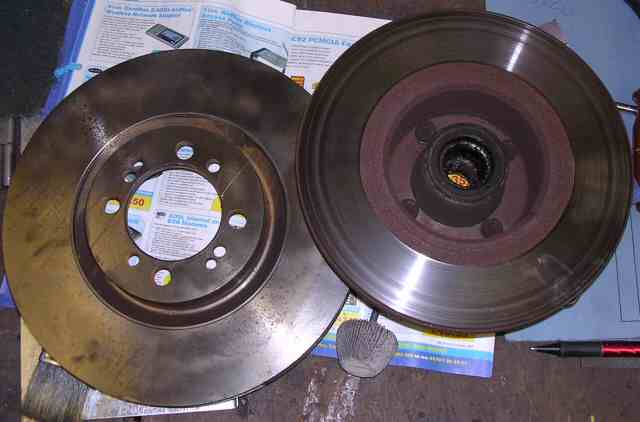 They are 288mm V6 vented discs, which have been redrilled so that they fit onto the manta hubs. The calipers are from a ford cosworth I believe. I have had to make some brackets to space them out from the centre of the hub a bit, and also to push them further into the wheel so that they sit central on the disc. They seem to fit fine now under the 15" revolutions, with no other wheel spacers required which is a good bonus.

Now this is where my problem lay whilst fitting the brakes, and having a spongey brake pedal leading to 3points on my liscence :( 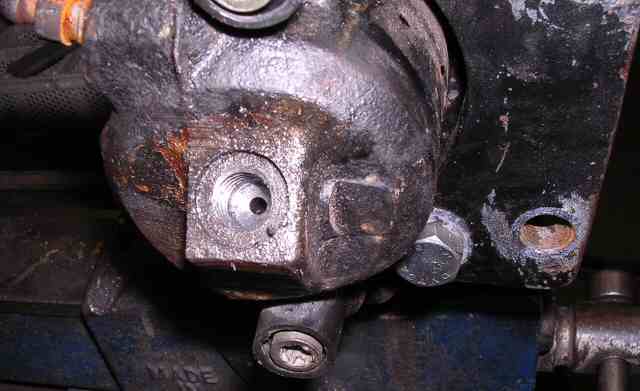 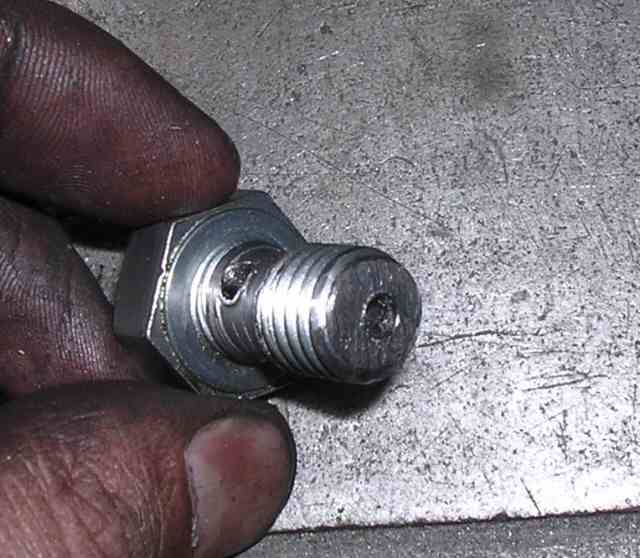 The caliper bolt would not seal the hose onto the caliper, and I think that the manta bolt may have been a bit too long, as I thought I was tightening up the hose to the caliper, all I was doing was putting more strain on the bolt as it had hit the end of the caliper housing. My solution, as I had stripped the thread in the caliper, was to drill out the current thread, and put a new larger thread in. I threaded it with an M12x1.25 thread, and I had a bolt to suit, which I put on the lathe, and the drilling machine, and on the saw! lol to make a brake bolt out of it so that the brake fluid could pass through the centre of it. It worked a treat, and that side bolted up and sealed lovely. Now the other side I did with the original bolt, but I used some 3mm thick copper washers like I had made for the other side. But suprise, suprise, the bloody thing didn't seal again. I have now done both sides with a M12x1.25 thread. I wonder if goodridge or anyone does decent fittings with that thread? probably not knowing my luck! lol

I need to get some braided hoses made up really, but I'll leave it for the moment, as I'm just trying to get the manta past an MOT. The policemen kindly gave me a prohibition notice for the car!