After starting to mount the wilwood pedals, it became clear that where they wanted/needed to go meant that they interfered with the steering column A LOT

So, I faffed around for a while with cable ties and other such fixings to see if the pedals could be used along with the column. Although it was tight, I found something that seems pretty good to use (I had to dig the seat out again!) and provides a bit of clearance. I could still do with making something to rest my clutch foot on as it was aching shortly after I assumed the position.

My previous steering column mount never inspired me much, so I decided I might as well strip that out and get something new in there.

When I previously removed the pedal box to fit the pedals it seemed like the shell/cage could do with a dash bar, so I thought I might as well add it all at the same time.

Now the column is mounted, and I'm happy with it. I nabbed some of Animal's suspension bearings, but I'll replace them this week with some lower grade ½&quot; ⅝UNF bearings from eBay as they don't need to be chrome moly and teflon lined just for mounting the column! Not unless I go back to the gym anyway! 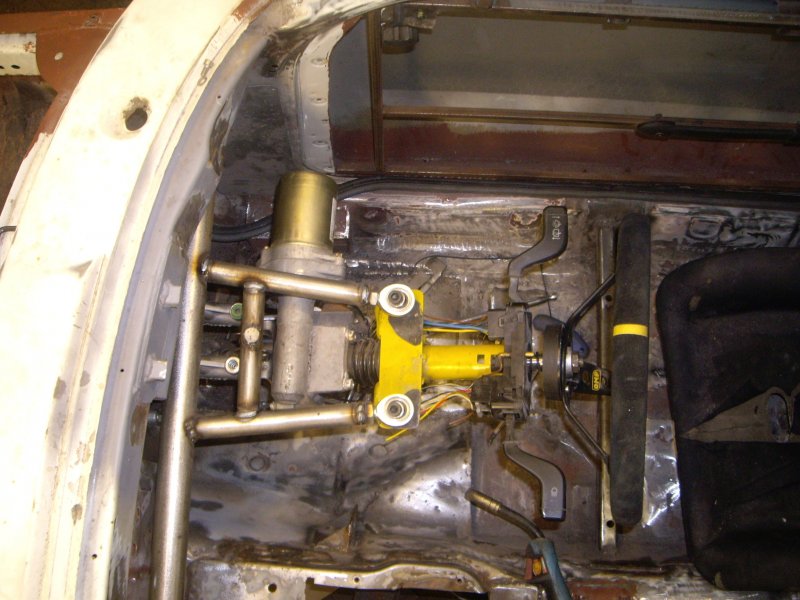 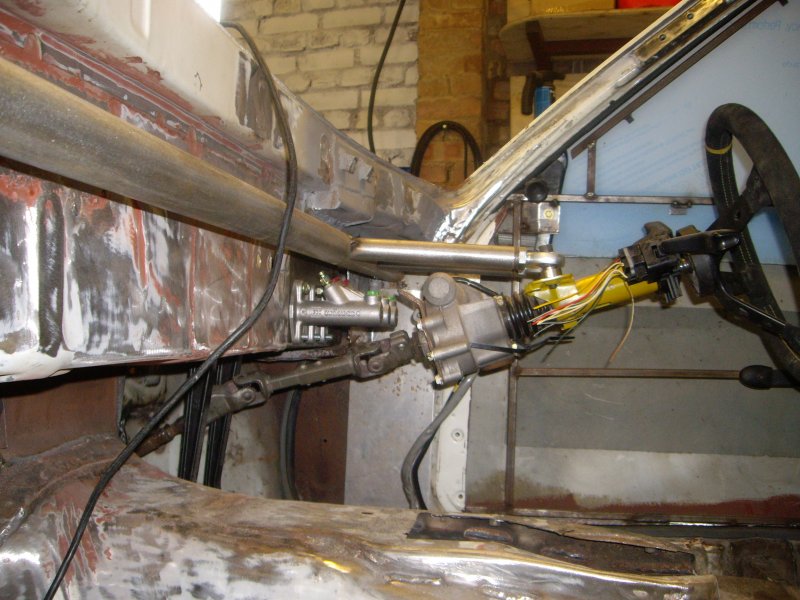 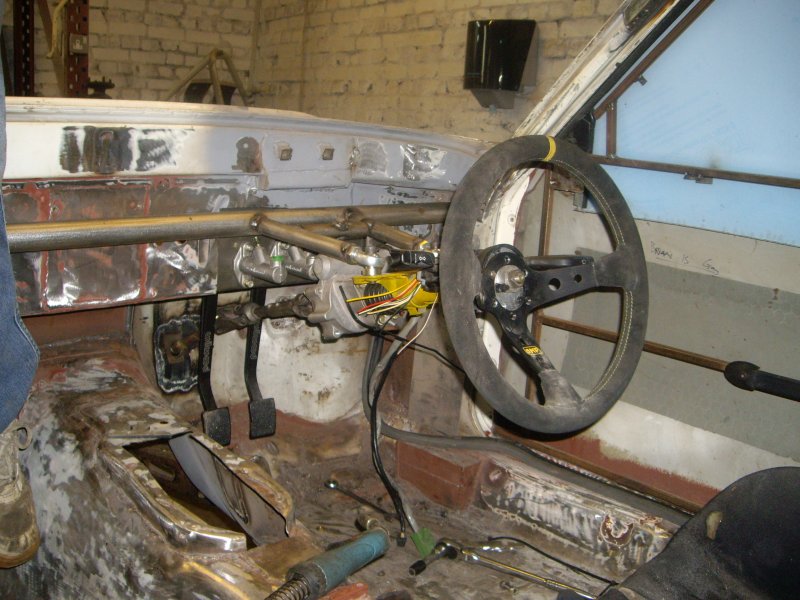