It's nearly complete. I've primed the inside, engine bay and boot. Last night the last of the second coat of etch primer went on, although there are two bits that I'll have to mix and paint which I missed, before the white can go on.

I've been experimenting with the gun, and now have a better idea of how much paint I should be putting on. More than I had been putting on! This time I opened the gun up a lot more, and really chucked some paint on it, expecting a good run or two. But, to my partial disappointment, no runs - just a much better finish that I got on the first coat at the weekend. I even managed to cover the roof okay, which was extremely awkward inside the shell.

I'm glad to have experimented a bit, and now I'm just looking forward to getting some white paint covering all the bits that need to be white and then I can get on with getting the colour on the outside. 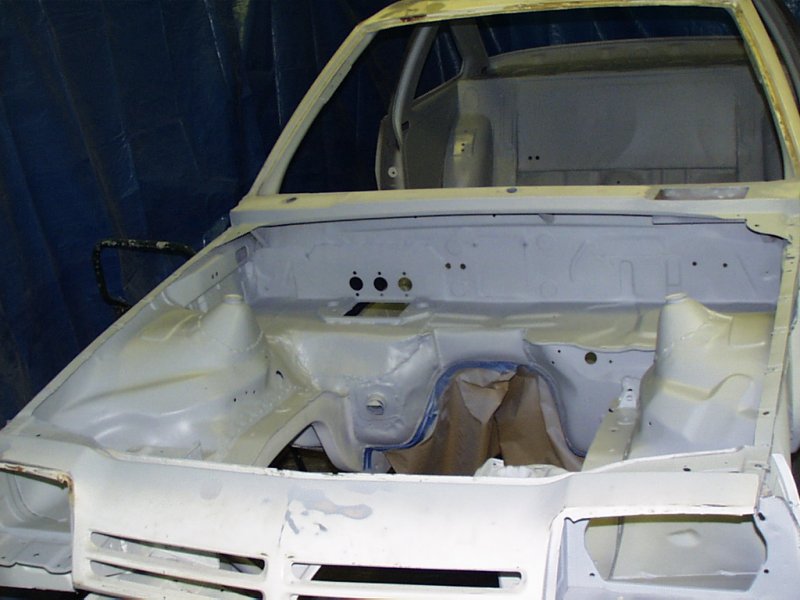 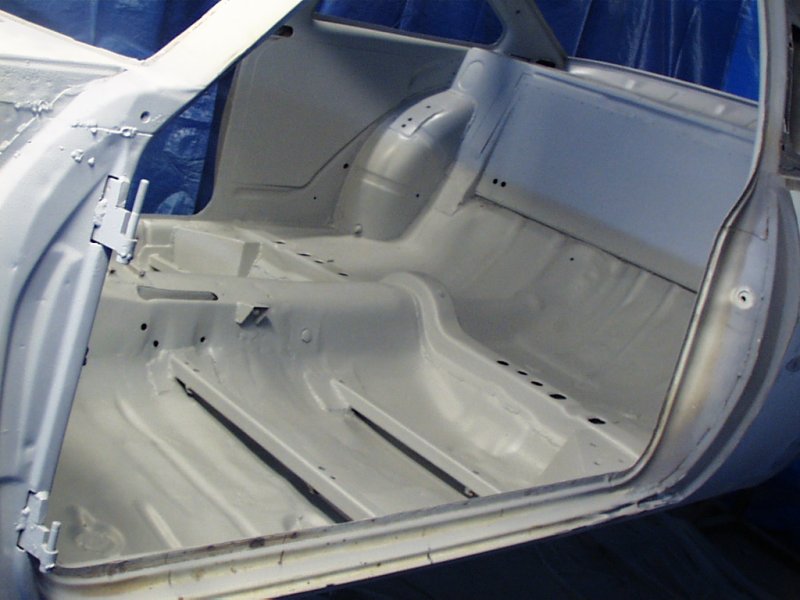 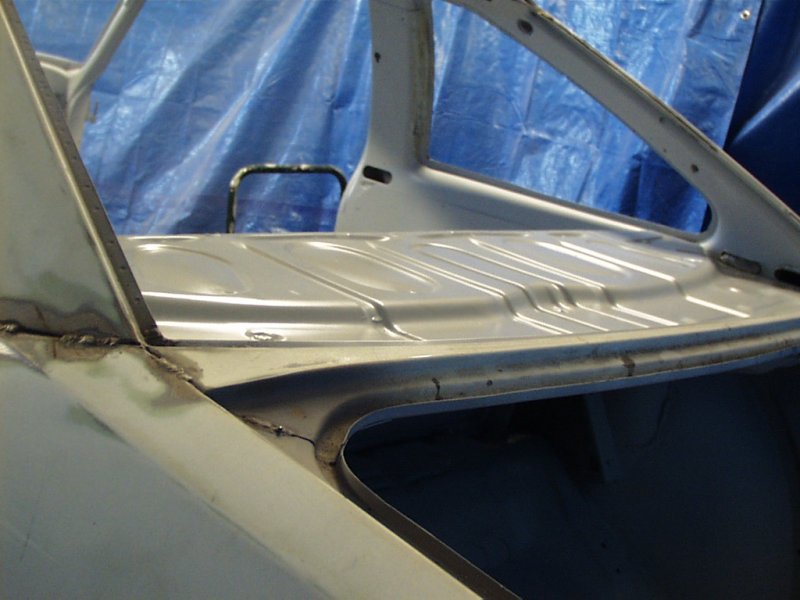