I thought it best to trial fit the rear axle, as to get a rolling chassis I need to be ordering the wheels and tyres soon. The question I need answered is what offsets and widths can I run on the Manta without the wheels fouling the bodywork.

A guy at compomotive suggested a 0 offset 8&quot; wheel would fill the rear arches which surprised me, so I decided it's best just to measure it myself rather than trust anyone at face value. I suspect that when I spoke to him, he thought it would have a 400 kit on, even though I had said it was a standard coupe bodyshell. A zero offset 8&quot; rim is not going to fit the rear end well at all.

I mounted the axle, and set it straight, in the middle of the rear arches, and fitted a couple of Lee's wheels which are 7&quot; with a high offset (I will check soon to see what offset) to see what interfered, and/or what I could get away with. 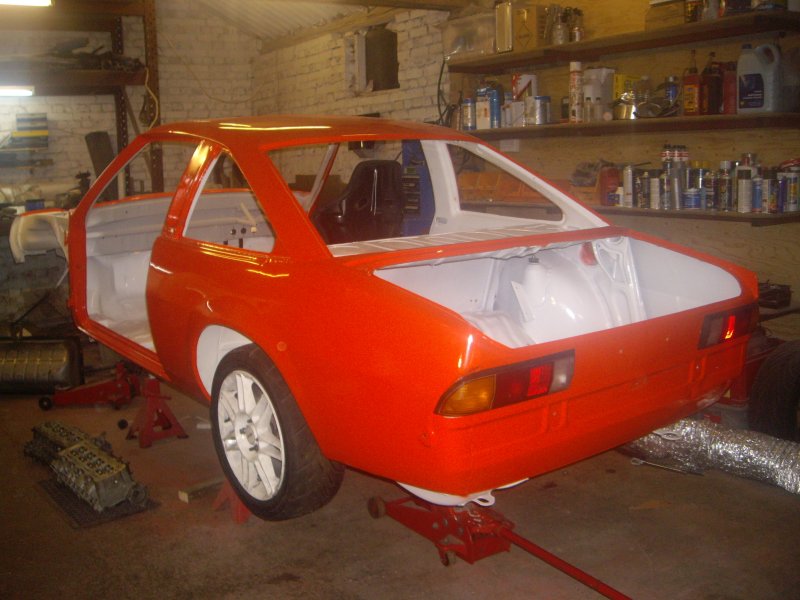 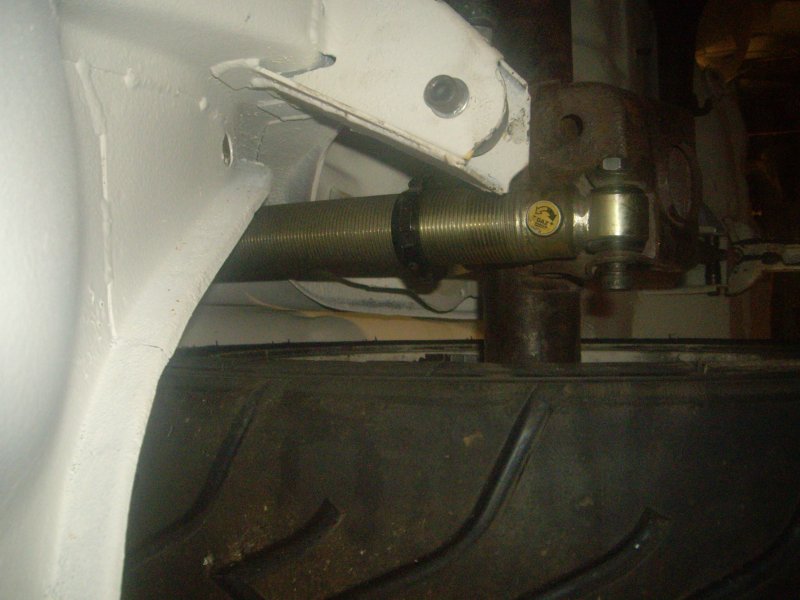 A couple of problems did arise from this fitting though. I had designed the link arms around the panhard rod, assuming that as standard, the normal road height would be with the panhard rod parallel to the floor - this would make the most sense. However, as can be seen in the top photo, the manta would suit gravel rallying only at this height.

Sorry for the poor quality photos, my camera had been subjected to a pint of Guiness, and the lens had not been properly cleaned.