I followed Lee's guidance as he's shimmed more diffs that I've had beers. So I started off by measuring the side to side play in the diff using a dial guage while no shims were fitted. 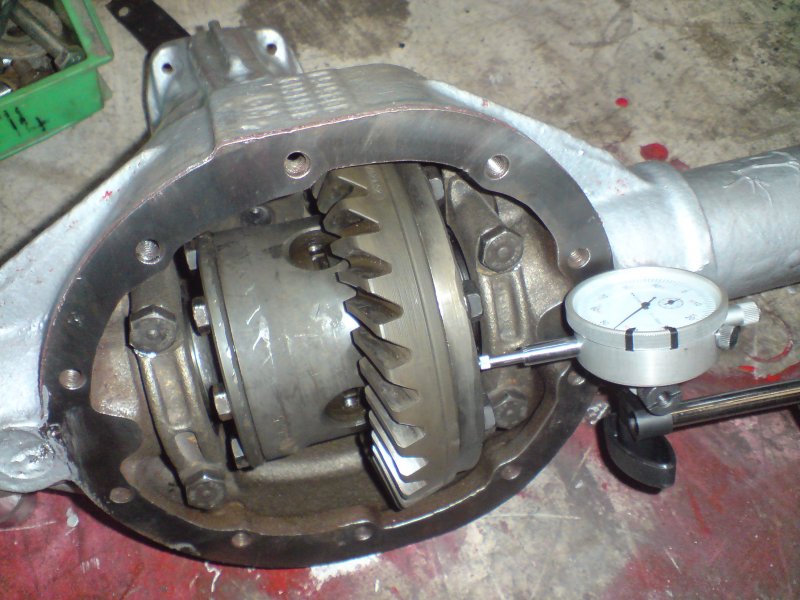 Play was measured at 0.9mm, Lee suggested a good figure to aim for of 0.1mm.

So, 0.8mm of shims were fitted to the diff, 0.4mm under each bearing. Which means removing the bearings... 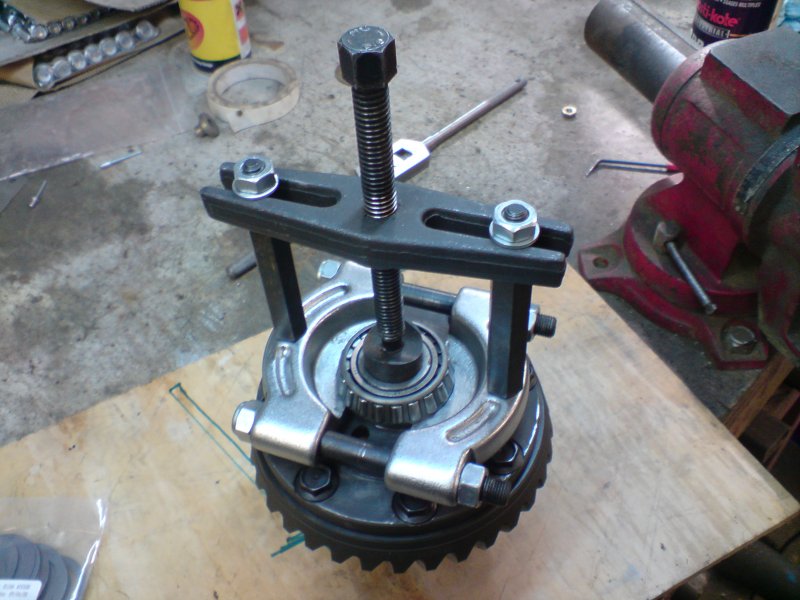 Putting the shims in place... 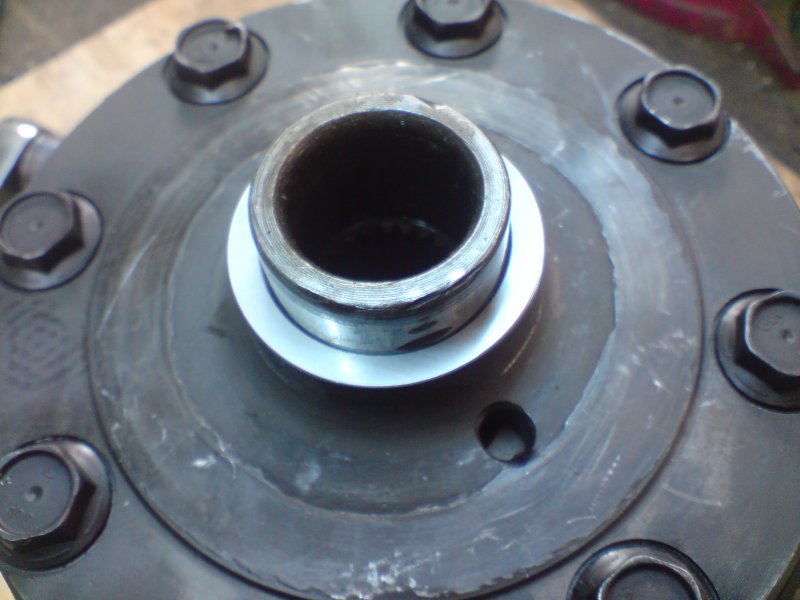 Then refitting the bearings... 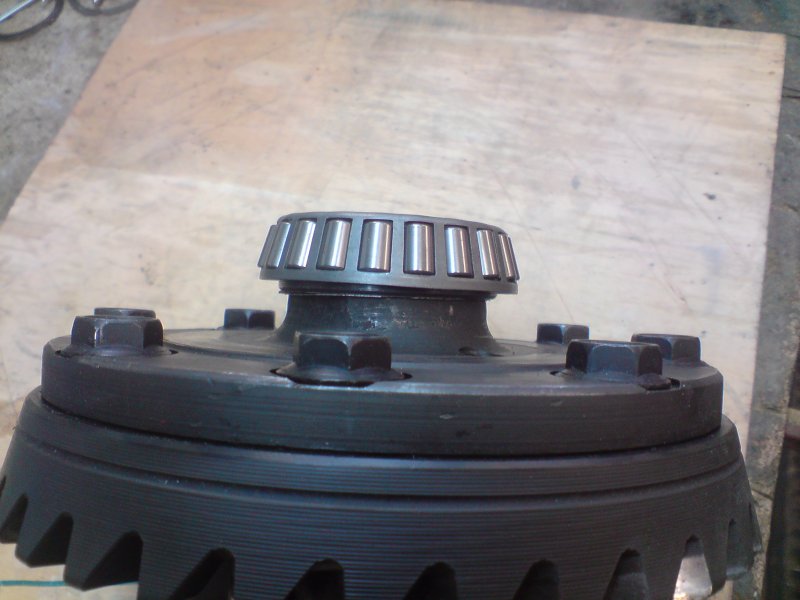 Then, it's out with the dial guage again to check the clearance. The result was a rather confusing 0.4mm! After being confused for a couple of minutes I realised that previously I was pressing on the bearings with a lower force than I had used this time. I certainly wouldn't expect that sort of difference, but that's the reality! This meant off with the bearings again, 0.3mm of shims fitted, and then bearings pressed back on.

The final check with the dial guage shows 0.1mm side to side play. Great, that's stage one done! I need to get some engineers blue on Monday so that I can start to check the meshing of the pinion and crown wheel. That could result in moving the shims about which would be a pain in the butt! However, I need to do it right at once!

After that, I made a quick bracket for the R6 clocks, and fitted the steering ECU to the column. Soon I can start doing some tests to see what electronics I need to control the ECU and the clocks. 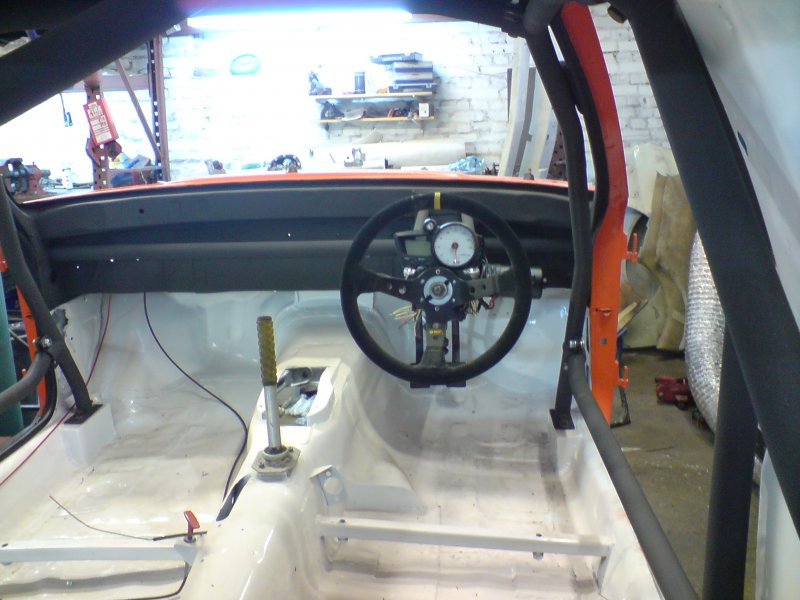 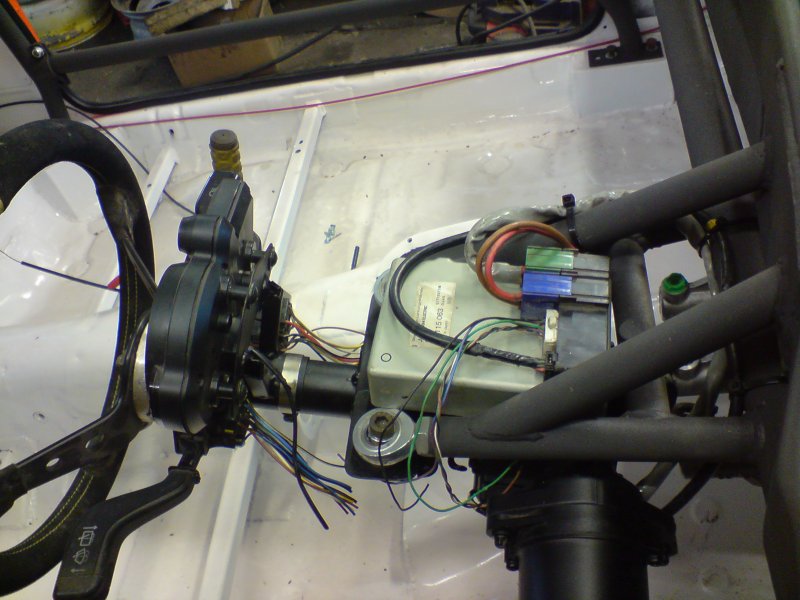