A while back I stripped the gearbox down to check it over. I found that all the bearings and synchro's looked absolutely fine and really it didn't need a rebuild. So I cleaned it all up and put it back together. However, after putting it together it was slightly flawed because I didn't have any gear selection capabilities!

Recently I thought about running a Ford Type-9 Gearbox as I think I will eventually end up running one of these with a Tran-X or Quaiffe SCCR gearkit and thus fitting a Type-9 straight away would mean just fitting the gearkit at a later date.

But, I have since changed my mind again and decided just to get the manta on the road with the original 1.8 Getrag 5-speed box.

So I stripped down the box, which is very simple to do: 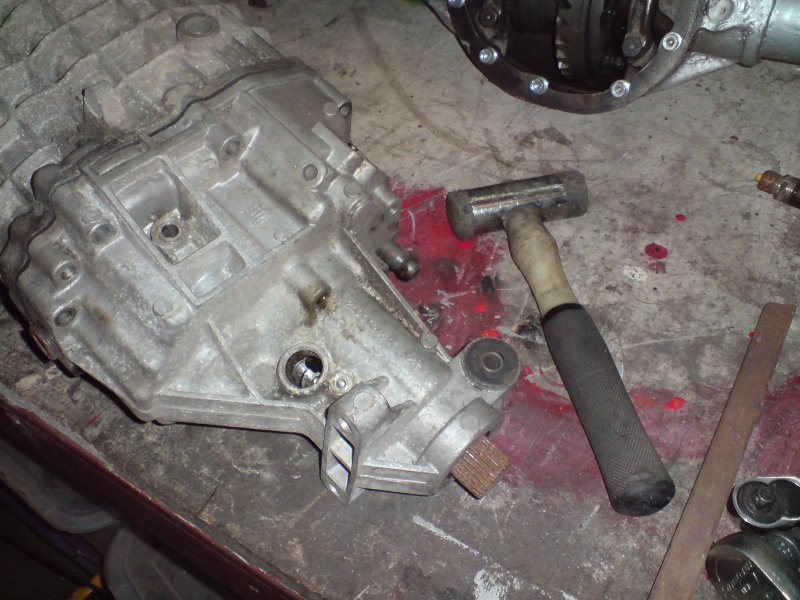 Lever off the clutch release fork: 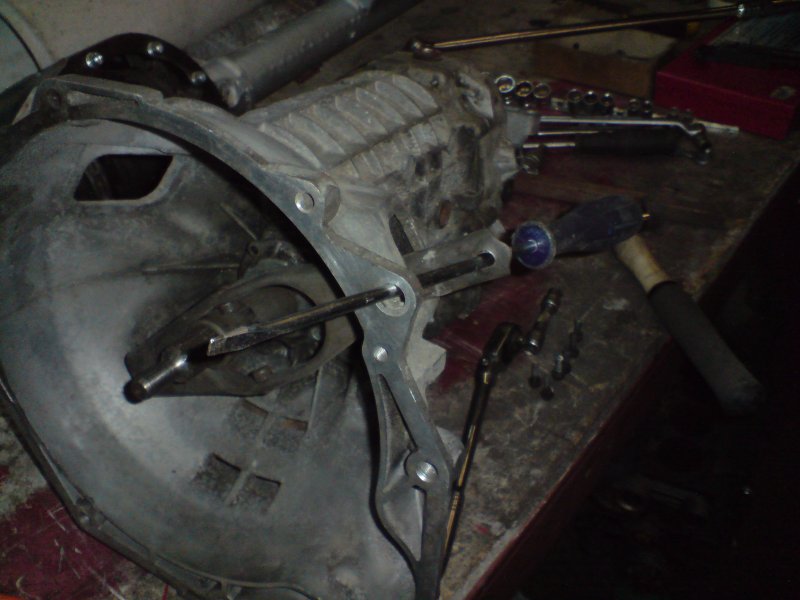 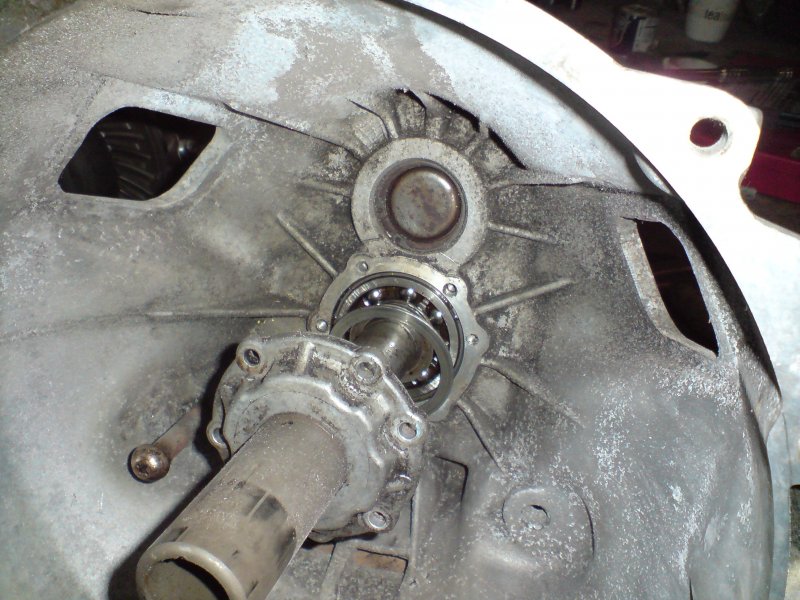 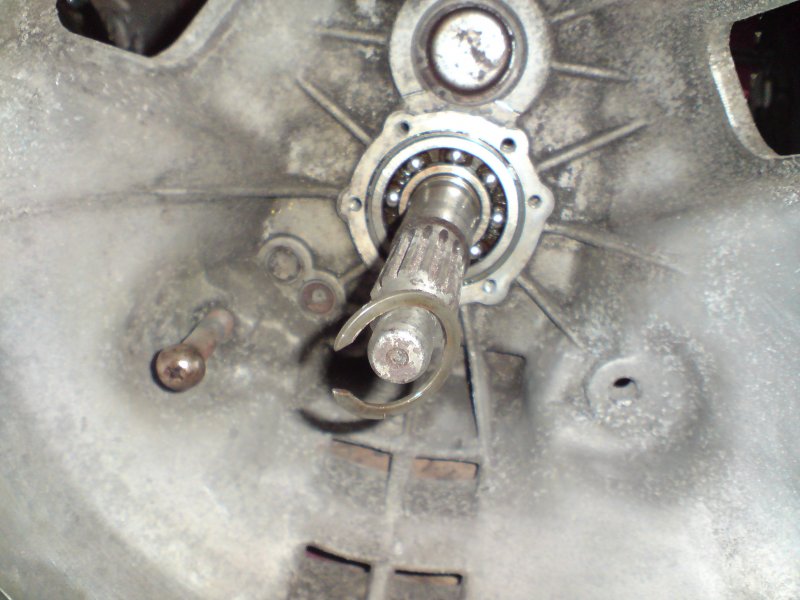 The two halves of the gearbox casing can now be separated, to reveal the gearkit: 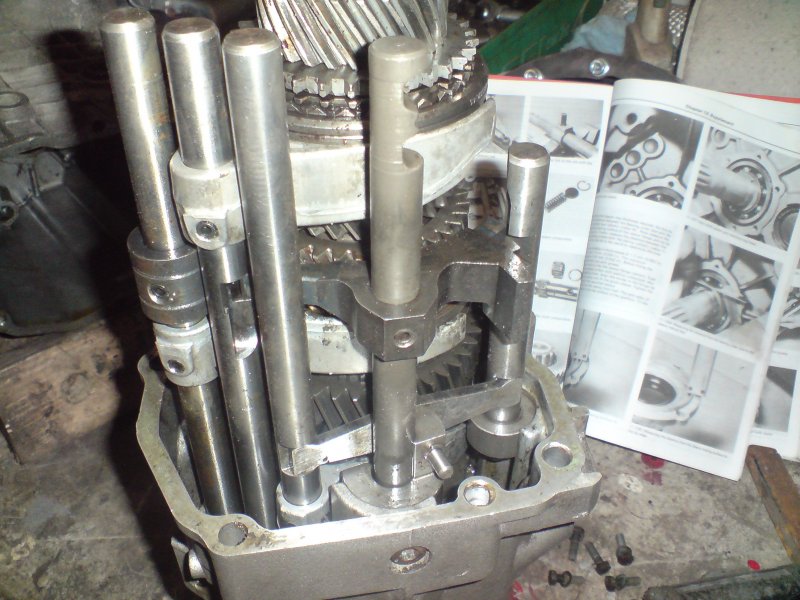 Previously when I had the box apart I had removed everything I could from the casing to get the two halves apart, not realising that most of the bits did not need to be removed from the box to get at the gearkit. This made life a bit of a nightmare as I guessed where bits went and how it went back together.

Clearly I got it a bit wrong, and one of the selectors was past it's normal movement range which had locked the box in fourth gear without any chance of getting it out. I spent a while rebuilding the selectors and checking that everything worked again. It was quite good to find out exactly what all the other fixings in the box did. Then I moved the gearbox into neutral and fitted both halves back together.

With the front half of the box on two bits of wood to let the input shaft protrude when I fitted the gearkit and rear half of the casing, I lowered the rear casing and gearkit into position. It stops short because the selector rods move and do not locate properly in the front casing. Last time I used a mallet to get it all back together, and this is probably why the selector had moved beyond it's normal range. This time I used a set of pliers to gently move the selector rods to get them to locate in the front casing. The last one made the whole gearkit and rear casing drop into place under its own weight, with no further persuasion needed. 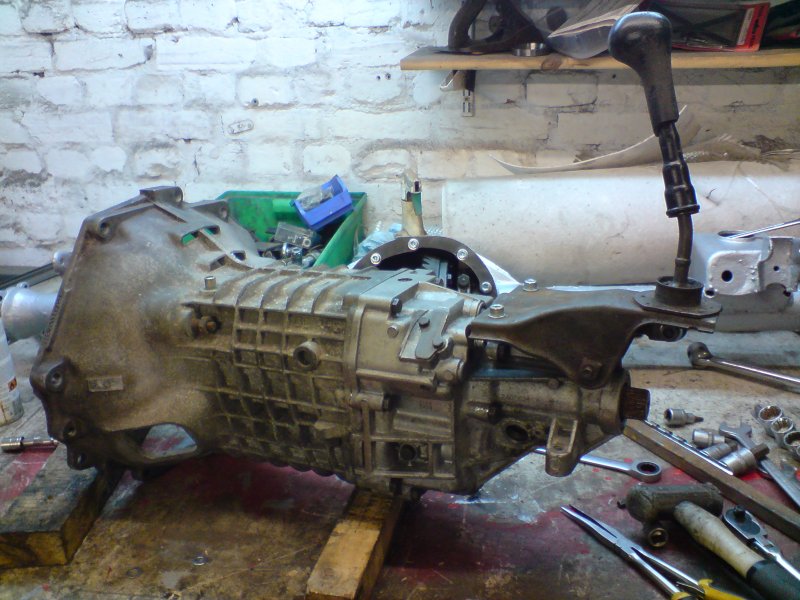 One gearbox with working gear selectors ready to mount!