Finally I have got hold of a Cosworth 2WD T5 gearbox which I could pick up fairly locally. Along with a Bellhousing for a 20XE to T5 bellhousing, the V6 bolted up fine to the gearbox. 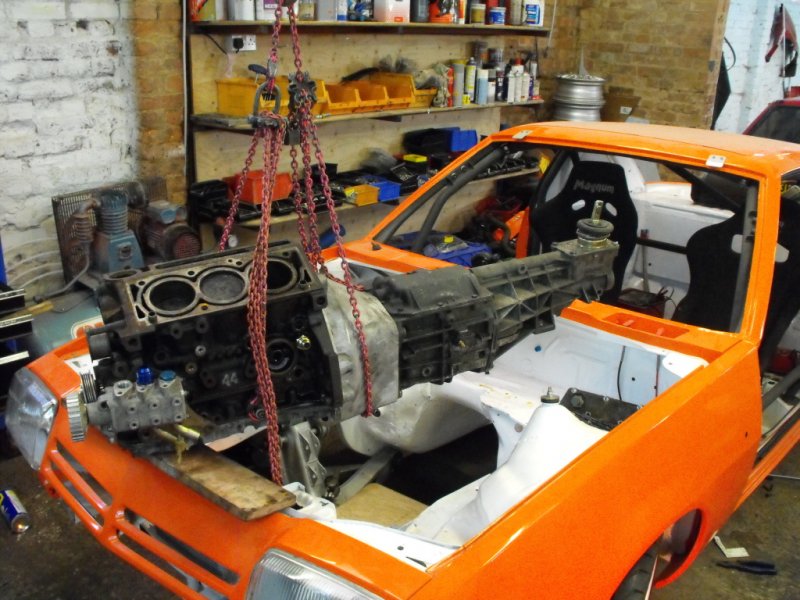 I also have to get a spigot bearing for the crank to support the gearbox input shaft.

I got an old vectra sump (at least I think it was a vectra sump) for the V6 and milled it down to 35mm. This clears the mains girdle and will be the start of my dry sump pan. As I have the pump + oil tank, I might as well have a go at making the pan. 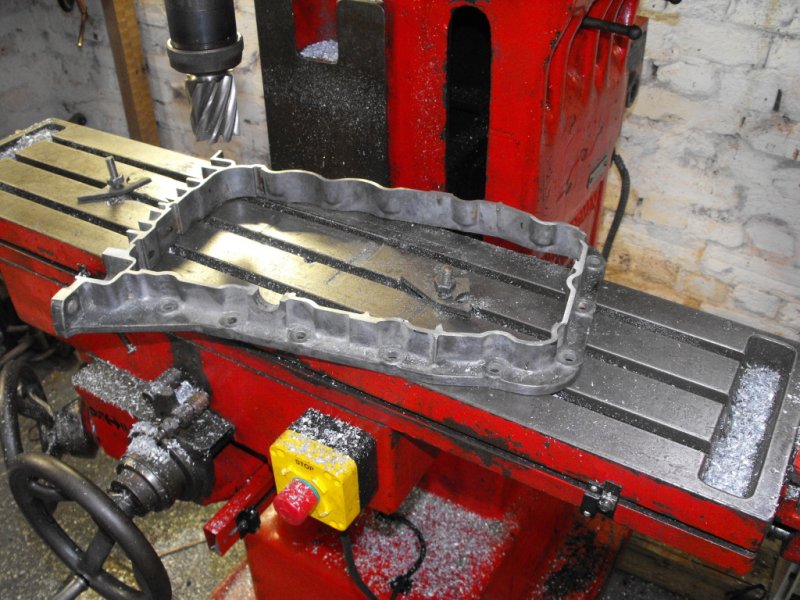 The &quot;sump pan&quot; bolted to the engine block shows that the pan clears the girdle fine, and when I place the engine in the car it will rest of ¼&quot; of wood to give me a bit more space for making the sump pan. It is only very tight at the front of the engine where the subframe and steering rack are anyway. I will probably twin scavenge from the rear as I should be able to prevent forward oil surge under braking. 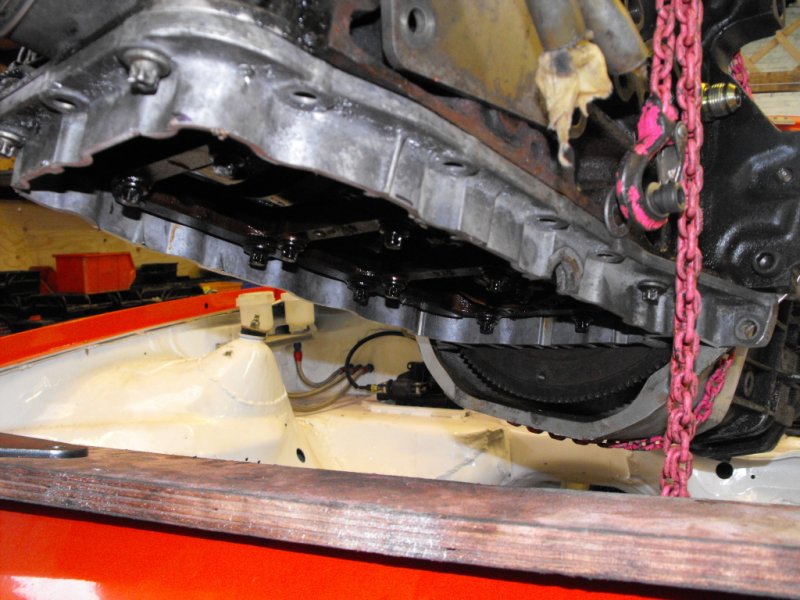 I started bolting the oil pump on, but there is a lug on the block that stops the oil pump being able to sit against the block properly. It was requiring 40mm spacers which really sucked. 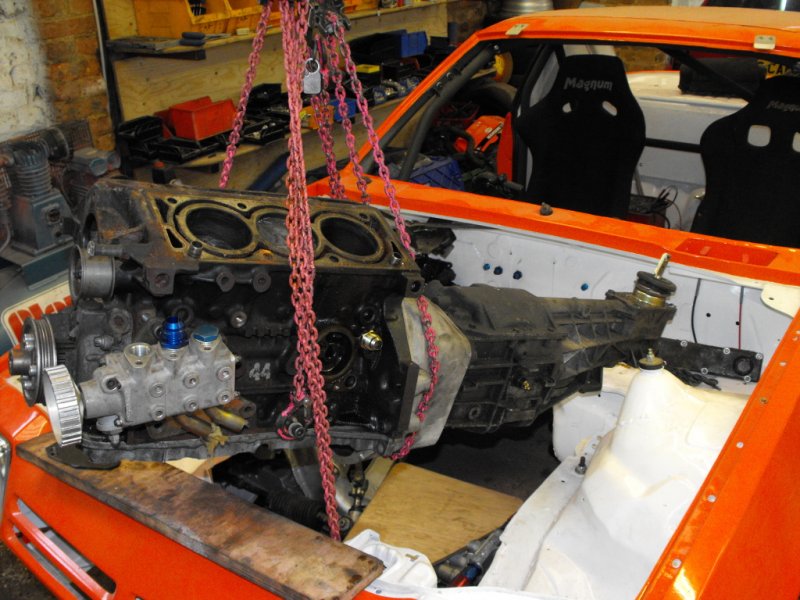 The lug is just there for for block machining (i.e. in the factory as somewhere to clamp the casting), so I chopped it off. Then, the oil pump can sit flat against the block. 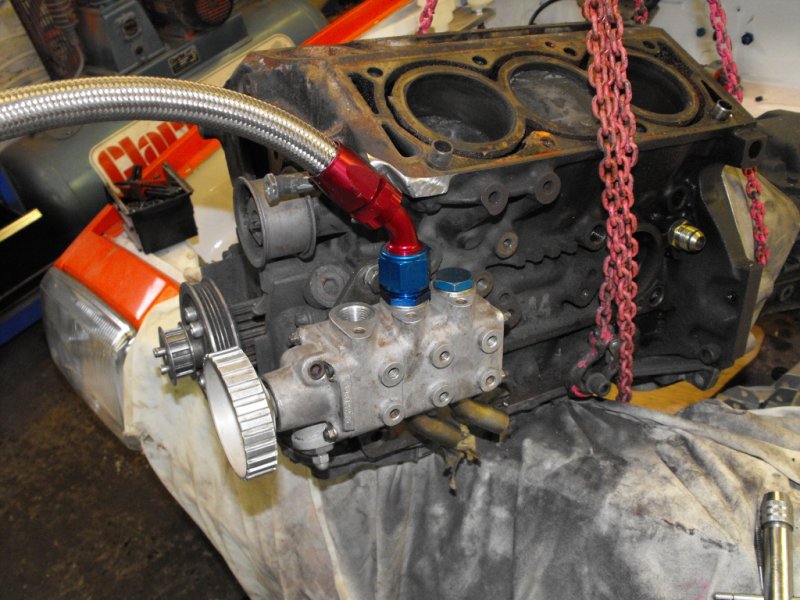 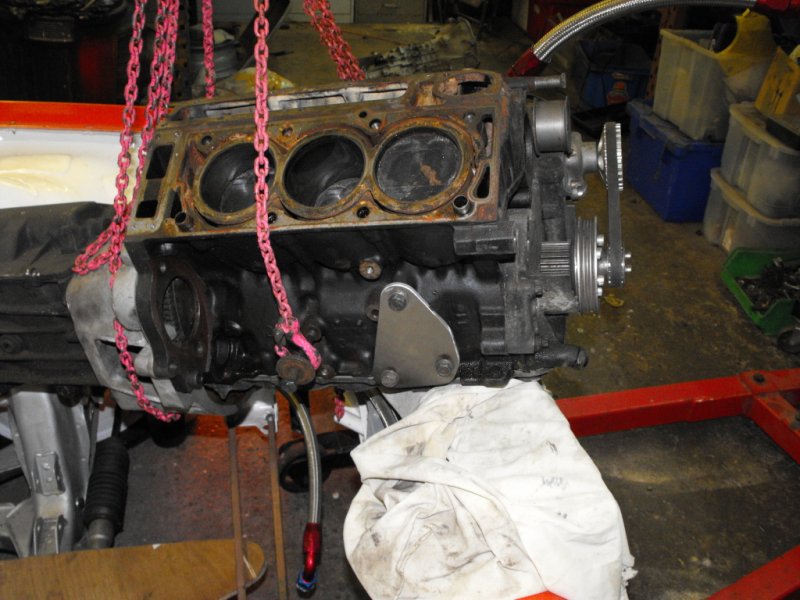 I sat the engine + gearbox back into its proper location, the engine is sat ¼&quot; above the subframe + rack using a peice of plywood. The gearbox is supported at the back with a small jack. The engine position needs a bit more fiddling with before I can start making the mounts. It will be good to get it mounted though!!

The T5 gearbox fits in the Manta tunnel fine. Where I have the T5 sitting, it's mounting flange is very close to the Manta's chassis mounting points. So making a gearbox mount should be really easy.

The gearlevel position is not too bad, it is further forward when compared to my original gear selector (which I never finished anyway!), but should be okay if I kink the gearlever a bit towards the seat. It's already reachable, but in harnesses it's suprising how little you can move. 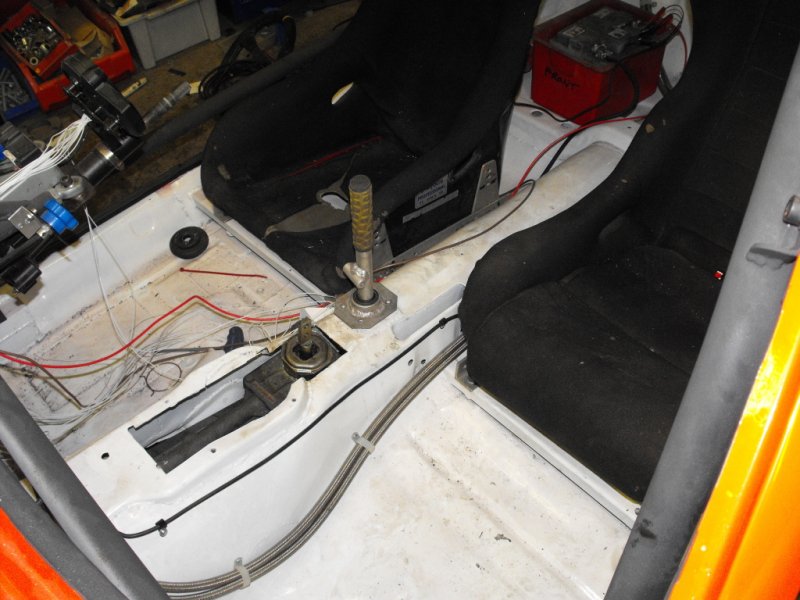 The passenger seat is also quickly bolted in to try out the positioning. For some reason I had to re-drill the seat rails. I have no idea why, I'm sure it all fitted before the car was painted! Still, I had to cut the tunnel anyway, so a touch-up to the white paint is on the cards anyway. 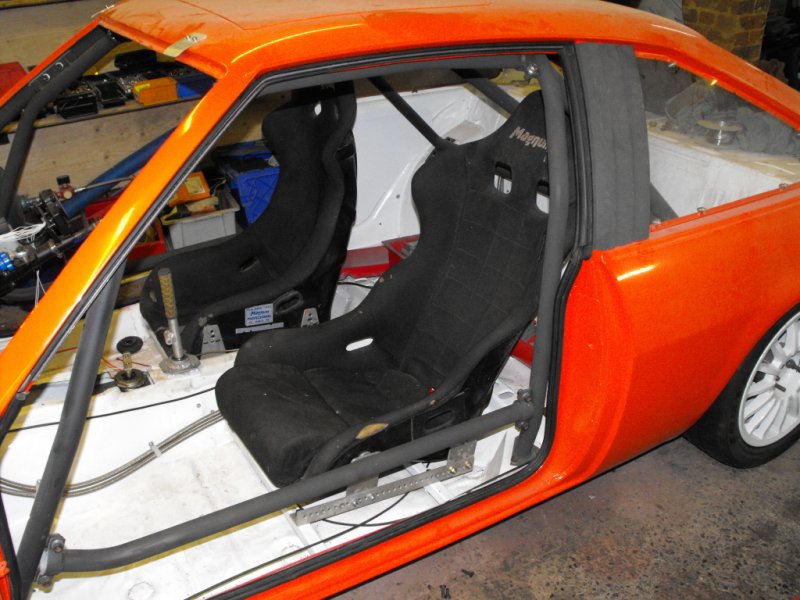