One of the cam belt tensioners was making a bit of noise so I decided to chuck on a new set of tensionsers and a new cam belt. 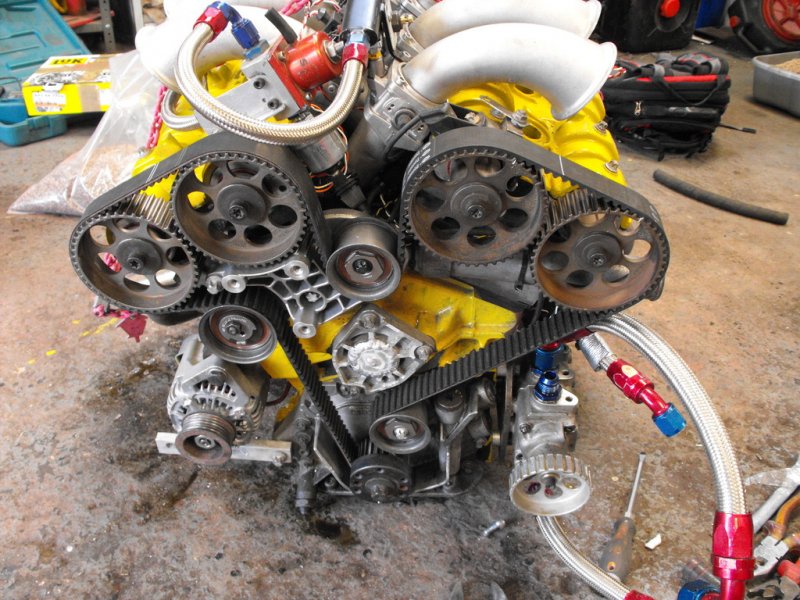 I fixed the bad weld in the sump, and decided to go over the whole lot internally with chemical metal to make sure I didn't miss anything else. I wish I had welded it inside and out to begin with, but I didn't, so hey ho. I'll probably get hold of another sump pan and make a new sump that is welded inside and out and then replace it when it's ready. 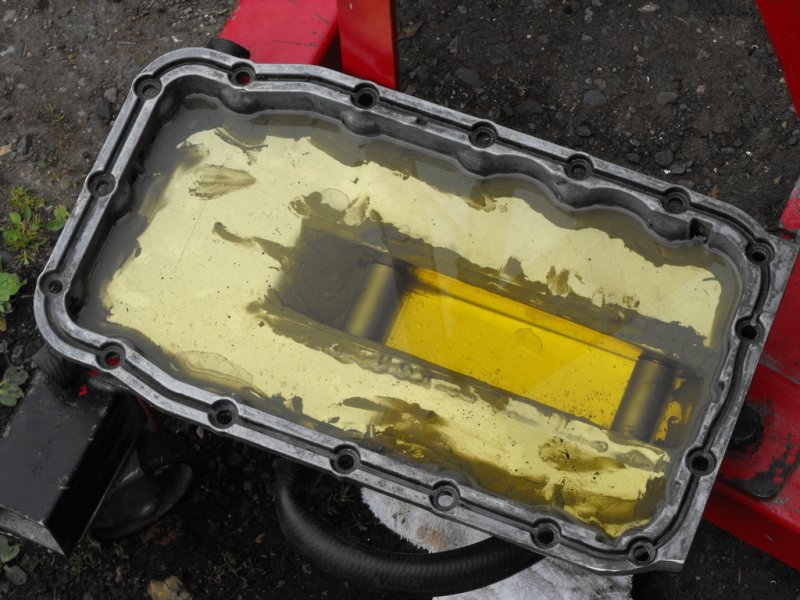 I welded the dry sump tank back up too, after having damaged it whilst taking the engine + subframe out. Jacking up the car with the sump tank bolted on whilst it is still connected to the oil pump by the bottom hose is not recommended! lmao 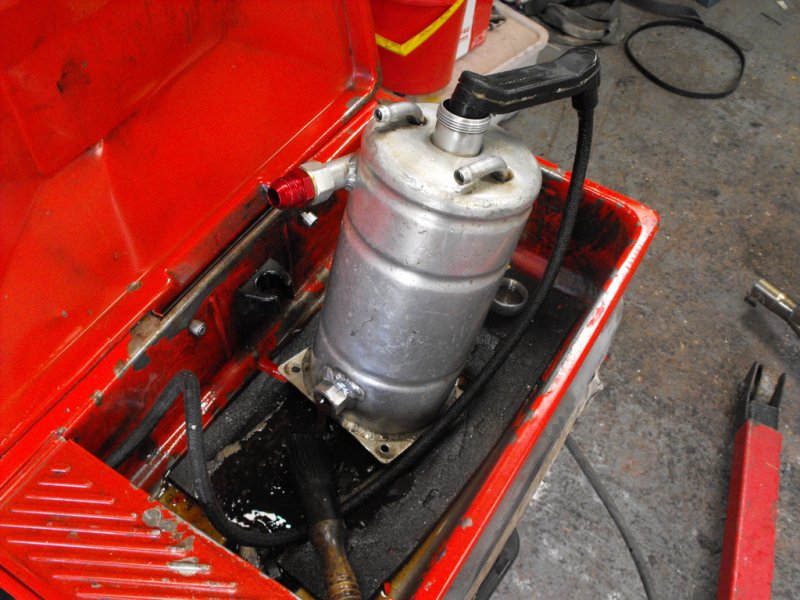 Wrapped all of the primaries too whilst the engine was out. I already had a few heat witness marks on the oil pressure sensor which was close to an un-wrapped primary! So I'll move that sensor anyway. 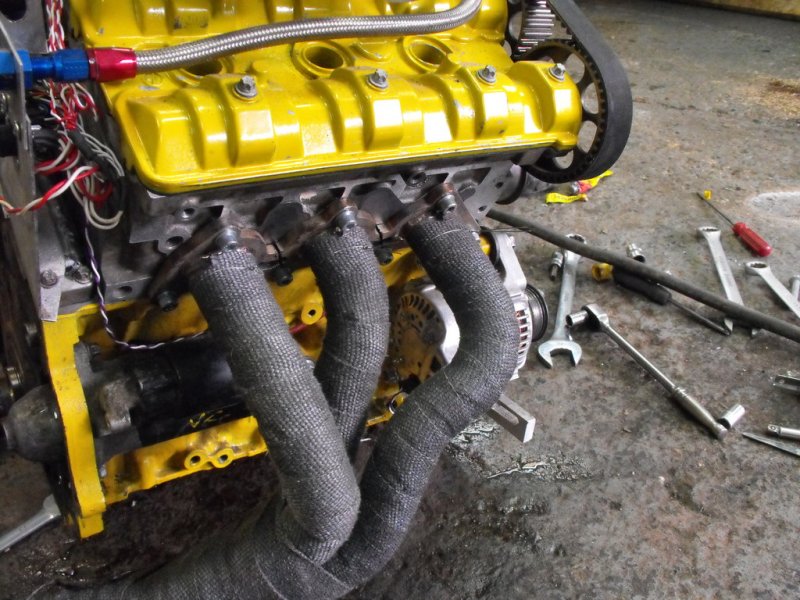 Used vacuum rated hose for the scavenge pipes this time as it didn't arrive in time before we went down to the rollers, so that's another thing ticked off the list. 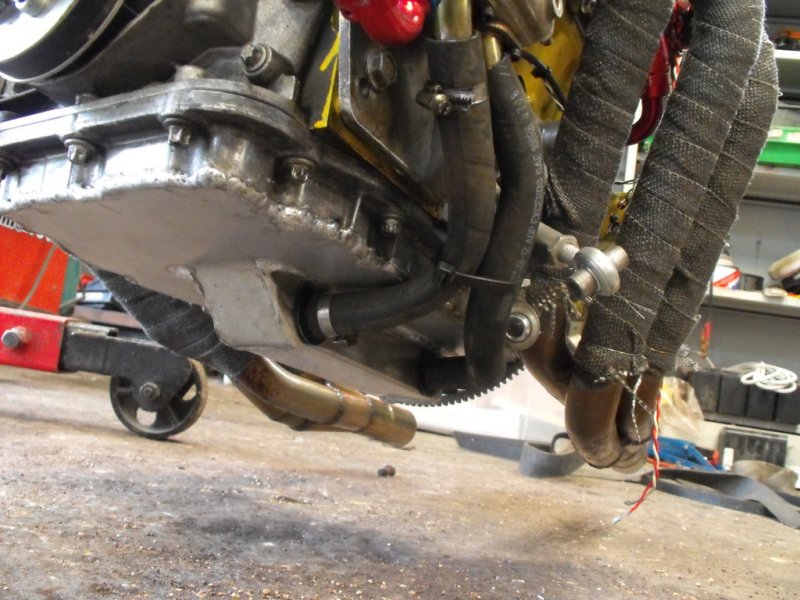 Might replace this -10 90deg as it is now about 110deg as it was the one still connected to the dry sump tank when I jacked the car up! Got one up the garage and even if this doesn't leak as it's likely to be a vacuum most of the time, it might well suck in a bit of air and aireate the oil. Not worth the risk I guess, just swap it over for a new one. 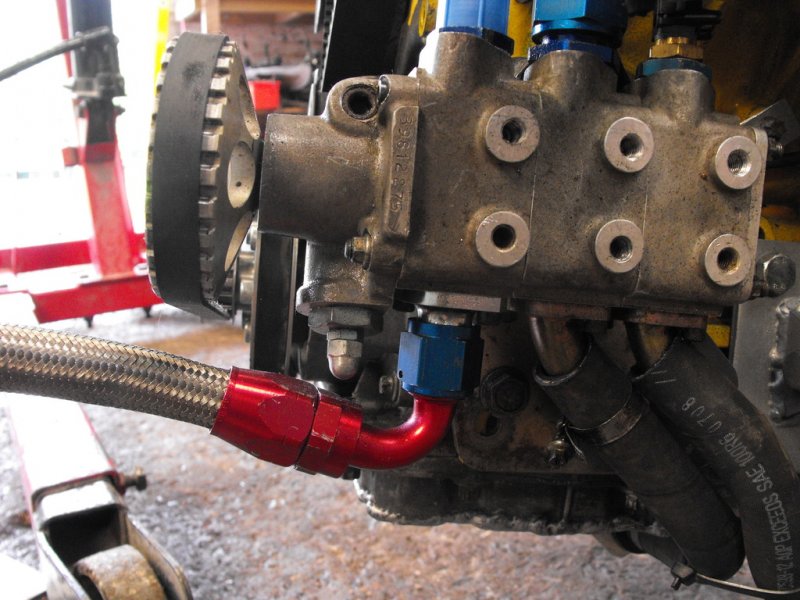 So there's a bit of subframe + bulkhead modifying to do, and a few bolts to torque up and then the engine can get plumbed back in. Wooo!