I have been doing stuff, even though it's a while since I updated the project. I have built up and fitted the new V6. Here's some pretty photos of that:

I started the new engine up and it made good oil pressure, but I started it when it was the coldest day of the year to date, and with the oil pressure valve screwed to maximum it still only managed about 70psi which started to tail off when the oil started to warm (and I mean warm! Not Hot!).

So I rang Titan Motorsport (The manufacturer of the oil pump) and they confirmed via the serial number that the pump has a ⅝" pressure stage - good for a 2ltr 4-pot, but not big enough for a V6!

So a new pump is on order, 0.8" pressure and twin 0.9" scavenges. But while I'm bored waiting for that to arrive I decided to get the handbrake cables fitted so the car has a working cable handbrake and also to improve the efficiency of the rad by ducting the front end. 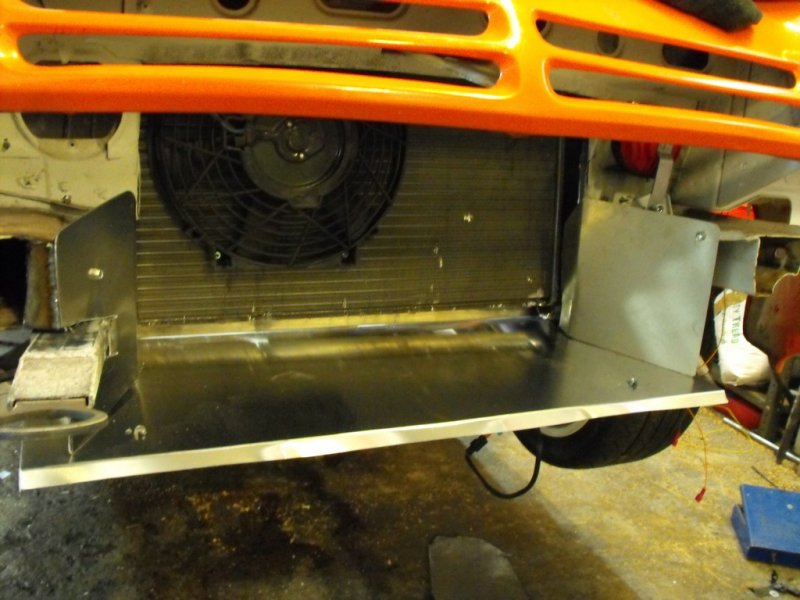 I think that'll do a much better job of getting air through the rad, as the rad is sat so far back from the front of the car compared to std I was pretty sure the air through the rad would be pretty minimal. Plus when I was at the rollers last time, we struggled to get the thing cooling properly. So hopefully that'll be another disaster that won't happen when the engine gets mapped!